Presented in 2017, the Sixties collection has become one of IVV’s best-selling lines. Compared to the traditional collections in “harlequin” colors, for which IVV has become famous and imitated all over the world – a single optic declined in different colors – this series has transformed the concept of chromatic variation into that of optical variation: the glasses are available in six different optics, inspired by ‘60s motifs, declined in five single colors. The collection was then enriched with a traditional “harlequin”: a single optic in six colors. The carafes, instead, take up the six optics, stacking them one on top of the other 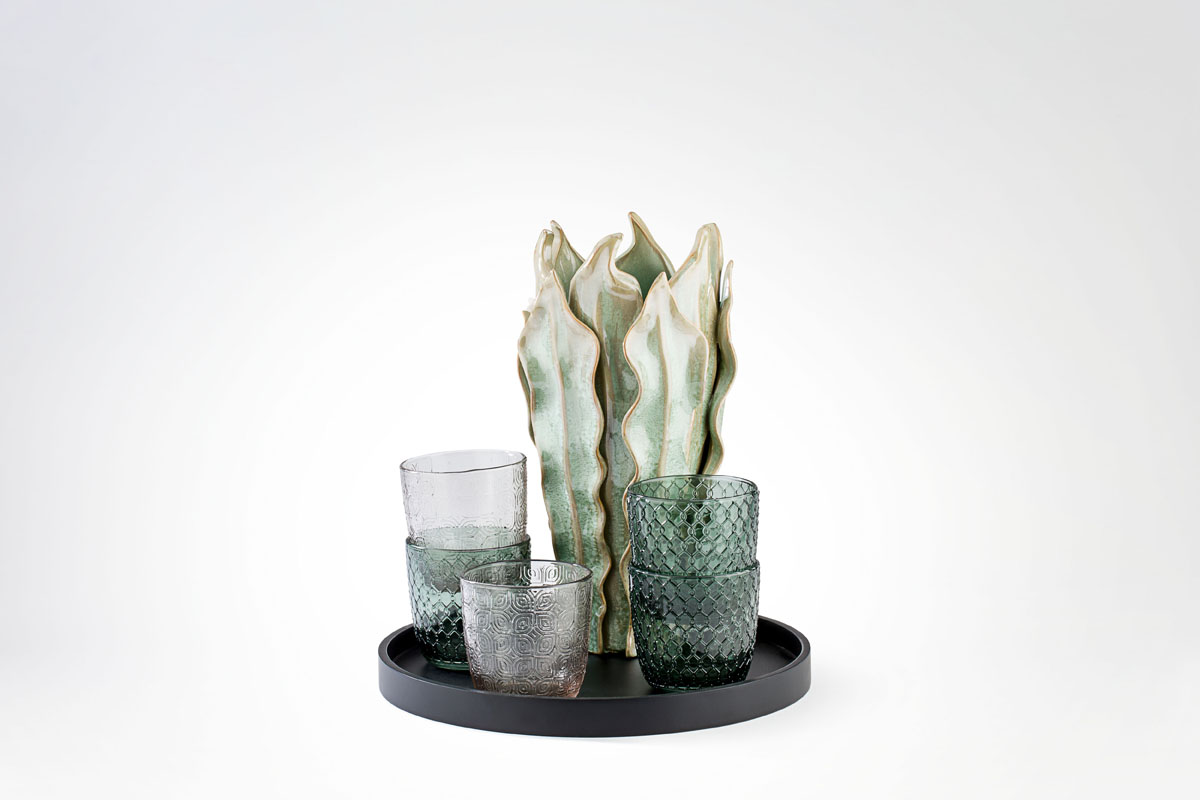