THE ROMANCING MARTINI COLLECTION- SET OF 2 MARTINI CUPS IN CLEAR BLOWN GLASS WITH SILK-SCREEN PRINTED QUOTE. CUP 3: “I like to have a Martini.
Two at the very most.
After three I’m under the table.
After four I’m under my host.”

Dorothy Parker – Writer and journalist. CUP 4: “I must get out of these wet clothes and into a dry martini.”
Anonymous. The origin of this line is disputed; among the others, it has been attributed to Billy Wilder and Robert Benchley. It was used by Mae West in Every Day’s a Holiday (1937 film).
Color: CLEAR/WRITING SANDBLASTED
Diameter inch: 4,5
Height inch: 6,7

It is the king of cocktails, this is known. The cup in which it has been served for generations has become the icon of this aperitif and of all the aperitifs. His greatness lies in the evocativity built around him: without the Scott Fitzgeralds, the Hemingways, the cinema, the smoky 40s’ bars, where he was drunk while listening to the great masters. of American jazz, without the agent 007 who, in Casinò Royale invents his variant, the Vesper … without all this, the Martini cocktail might have remained one of the many mixed drinks … One thing must be said: the Martini has had much luck, that of pleasing so many important people.
In an age in which mixed drinking, Mixology, is back in fashion, a glassware manufacturing company like IVV could not fail to present its tribute to this cocktail, offering four variants of the Martini cup with quotes from four celebrated characters. 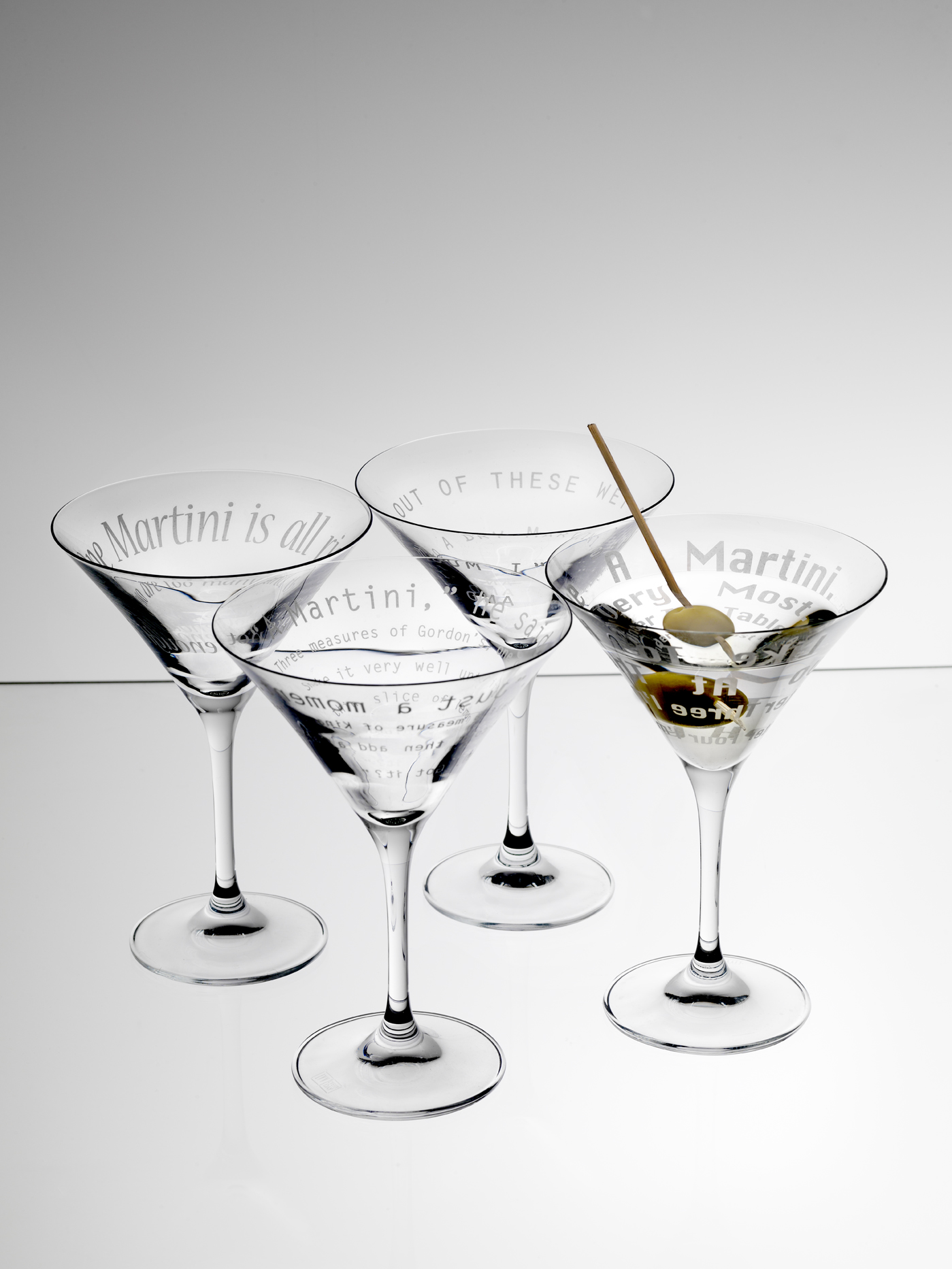