Produced for the first time in ’62, on request of a French film producer for his villa on the French Riviera, they were then put into regular production in 1964. Made of hand-blown glass, made entirely by hand, these two vases speak of the spirit of a decade that has made history, on the border between the sunset of uses, customs and ideas considered untouchable and the dawn of fashions, transgressions, revolutionary thought and art currents. Les Duex Amis are now re-proposed in the two original shapes and colors, pink and sugar paper. 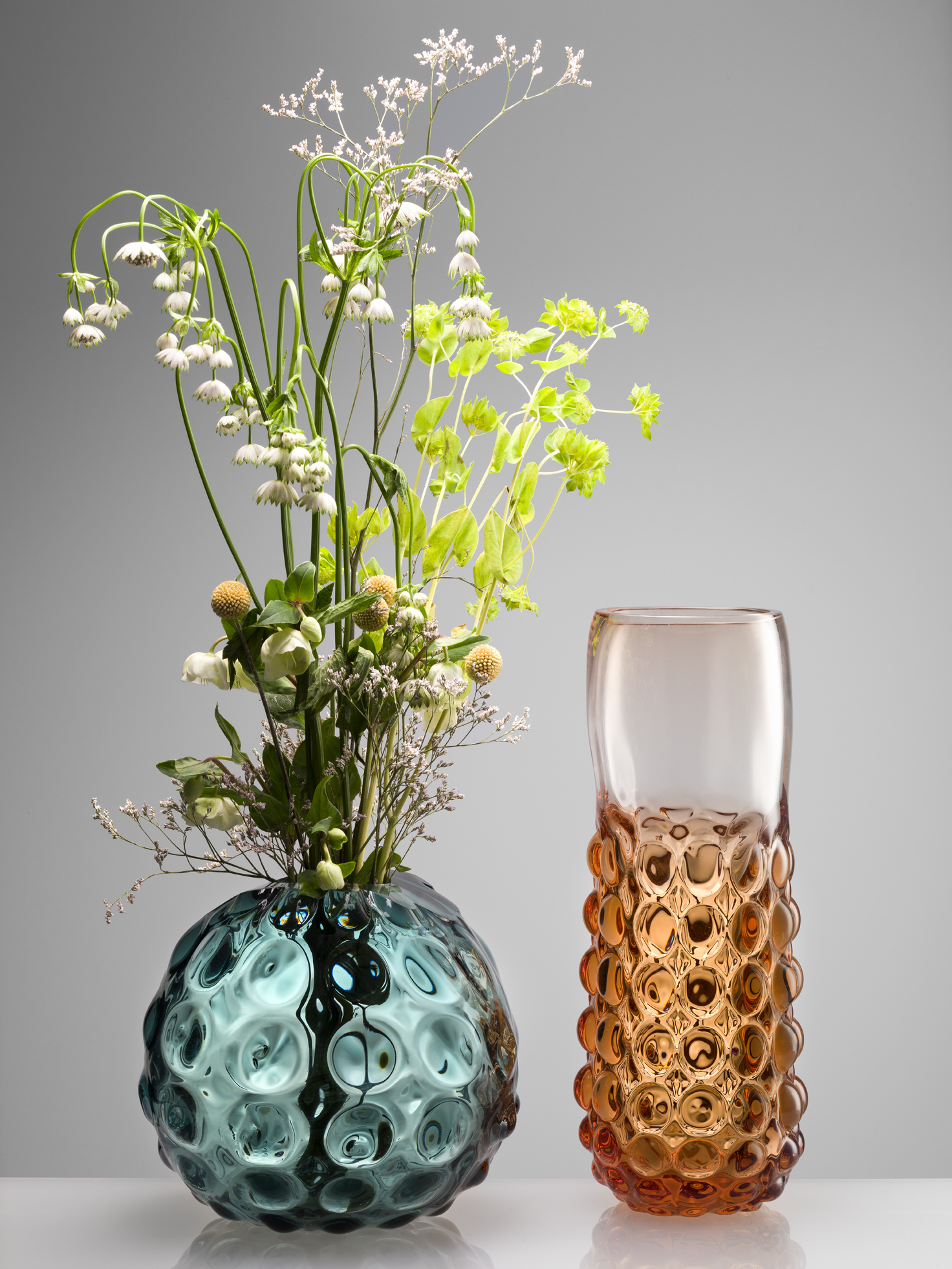