Its soft and rounded shapes make it an object that becomes familiar at first glance. The dialogue between the optical surface of the parison and the smooth one of the handle, as well as the carefree tones of the colored models, speak a modern and affectionate language, that of an object that stands out for its appearance, before even for the task he has to carry out. As light as you would not expect from a blown glass pitcher! 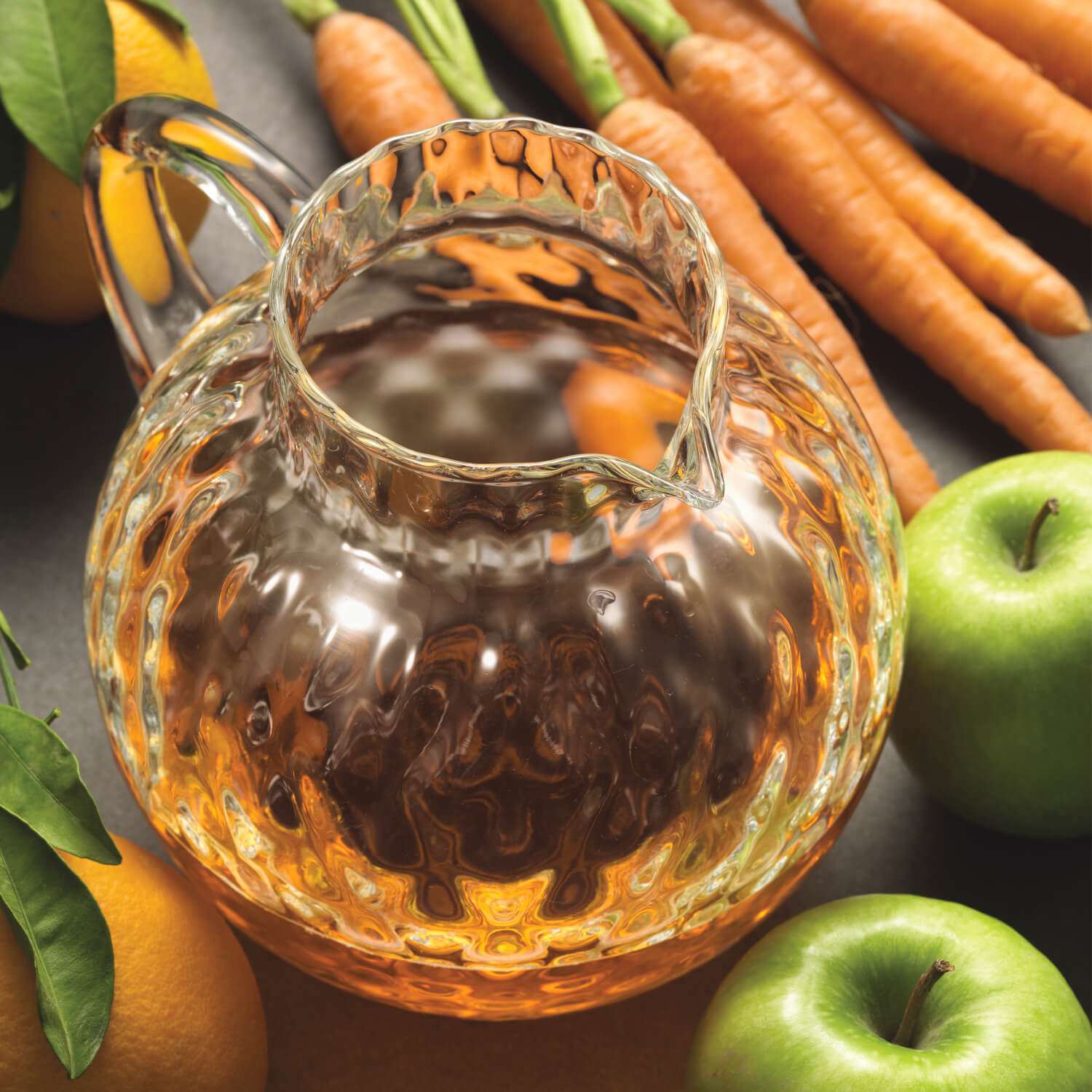