During the ‘60s a well-known English interior designer was called to take care of the interiors of a building, near Central Park, New York. Having previously collaborated on some projects in Europe, he turned to IVV for the creation, based on some of her sketches, of a collection of vases for the large entrance hall and for other rooms of the building. Thus arose Empire, a line of furnishing objects deliberately rigorous in their transparency, but at the same time characterized by a precise personality, which can be read in the tapering of the upper part and in the thin lines of color that cross it. Overall, timeless pieces, which have not being affected by trends and capable to be adopted as furniture pieces in themselves. Entirely mouth blown with the colored rods added by the master glassmaker during the realization. The names of the individual models are still those then attributed by the designer. 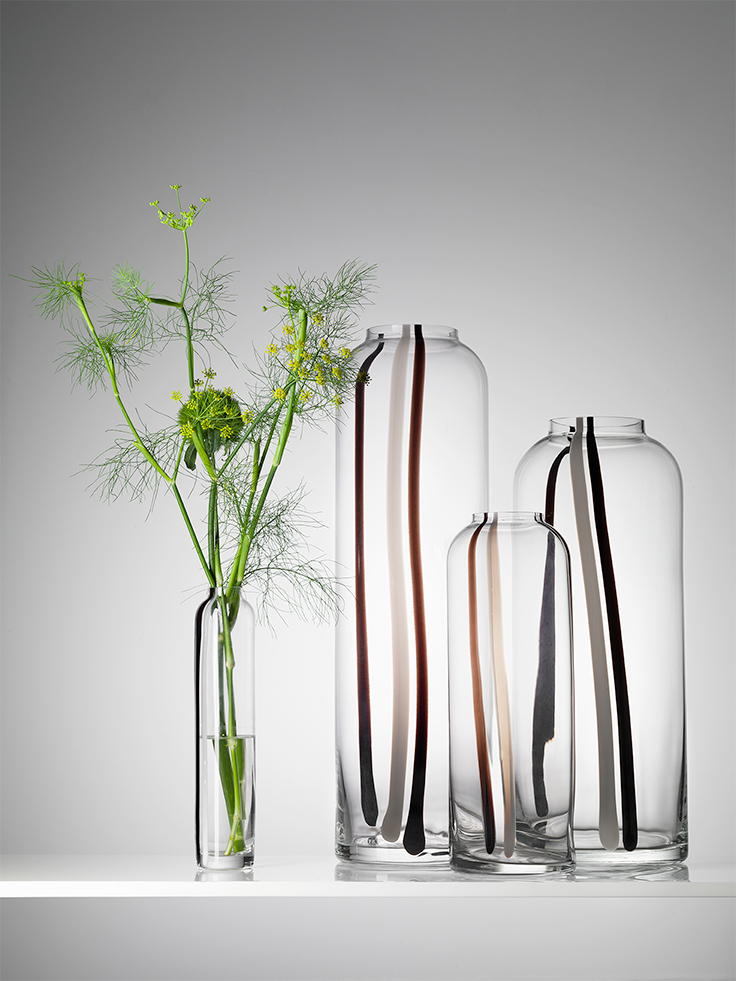