From the IVV archives it appears that this was the first vase ever made by the Tuscan glassworks, in 1952, the year of his birth. The opportunity presented itself when, the newborn IVV, was called to participate in an exhibition of objects made of mouth-blown glass, which was held in Capalbio, precisely in 1952 and which involved Italian and international glassworks. IVV participated with this vase and, after this appearance, did not deliberately put it in production, to emphasize its iconicity. The 70th anniversary of the glassworks is the best to present it and tell its story. The original colors have been reproduced as faithfully as possible, according to the indications found in the archive notes and recovering the processing techniques of the time, to obtain the two different
red-color effects glossy in the large and mat in the small. 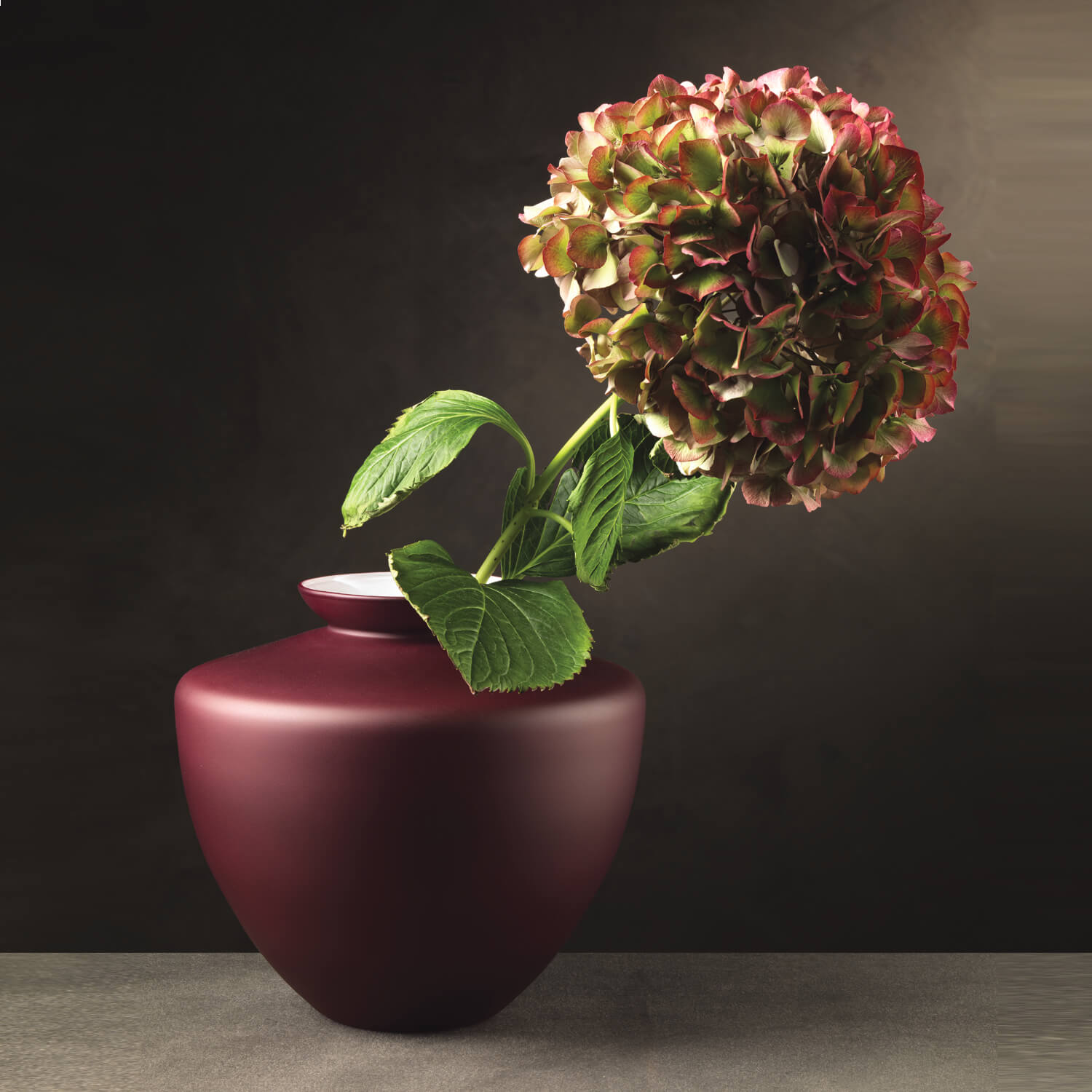