Pumpkin has long been attributed with magical powers, narrated in many popular legends and fairy tales. Behind this pumpkin lies one of those stories that happen in the glassworks when a master glassmaker creates something for himself, often giving life to unique objects. Blown in a single piece in ‘59, by one of the first IVV masters, as a gift to his daughter, who was in love with the tale of Cinderella and of the pumpkin that turns into a carriage. He worked on it all night and it is said that it was one of the best, because he created it without the aid of a mold. Entirely blown by mouth, it is a vase that presents various technical difficulties in its realization, linked to shape and size, so much that also in this re-edition it was entrusted to the most experienced IVV glass masters. 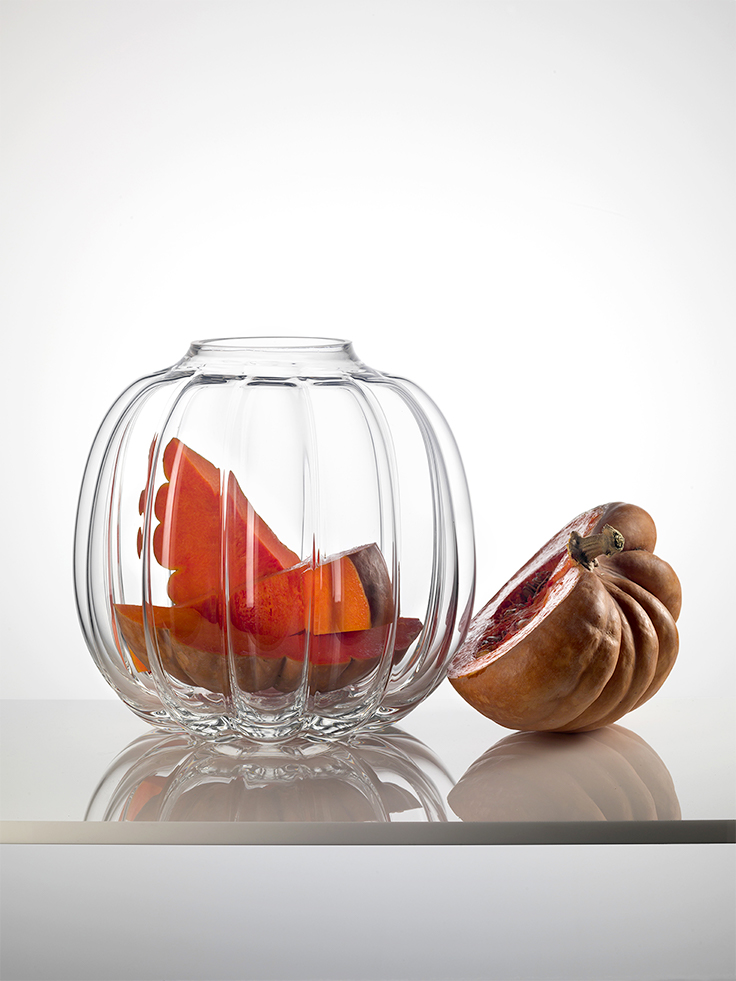